Posted on 7 October 2012 in Music Production. 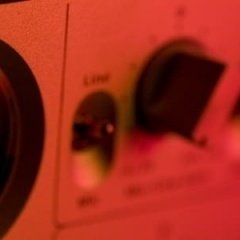 This article is primarily aimed at anyone on a really tight budget, and who is looking to record one or two (or maybe more!) tracks in a day.

While an eight or ten hour day may seem like a long stretch in the studio, time does in fact pass surprisingly quick. With this in mind, it pays to be as organised as possible.

Here are some basic things to consider for you recording session…

I know this is an obvious one, but I’ve been in situations before where the band I’ve been working with has started tracking a song without having written the ending! We literally had to stop recording while they finished writing it! There have also been bands who have been all too keen to get their latest creation down – although not everyone had finished writing their parts. ‘Blagging’ or ‘winging’ it rarely works – I have witnessed some happy accidents, but these are few and far between, and in the long run, it’s best not to leave the recording process down to luck.

You should be well rehearsed. In fact that’s an understatement – You should be rehearsed to the point that you’ve played through the songs so many times you can’t stand to play them any more, your fingers are blistered and bleeding yet you can not only perform the tracks with your eyes closed (easy enough for the vocalist but guitarists not so!), you can perform them with your hands tied behind your back whilst running a gauntlet of burning axes… Okay maybe I went a little too far there but you get the picture! :) Before my very first studio session, I was made to play the same song over and over for an entire day. Whilst at the time I couldn’t understand the benefit of doing this, in hindsight it paid off, as the resultant recording had an air of confidence about it there otherwise wouldn’t have been; with each repetition our performances grew stronger.

– and know each other’s parts too. I’ve worked with bands that have spent weeks and months writing and rehearsing their material in a room, where they couldn’t hear what each other were playing over the drummer. Totally oblivious to the fact that each band member was essentially playing a completely different song, it was a real revelation hearing themselves back through the studio monitors for the first time! The two guitarists were playing mismatched chords, and each musician played their own accents and stops where they saw fit. The resulting sound was a complete mess!

Again – basic stuff – but it pays to sit down at some point and make sure that everyone’s parts are working together to create the desired overall sound. Just simple things like where pauses happen (is it on beat three or beat four?), and the length of the guitar solo (if during rehearsals and live performances it tends to get extended by an unknown quantity). Also, it’s a good time to consider subtle things like dynamics, and ensure that everybody’s syncopated rhythms are really tight. If not, it may well benefit rehearsing a little more, in a well-equipped rehearsal room – possibly with the aid of a metronome (more about that in another article).

3. Be Realistic With Your Allotted Time

An eight hour day doesn’t mean eight hours of recording time! In reality, once you’ve loaded in, set up, let the sound engineer do his or her thing (perfect time to put the kettle on!), and sound checked, you can already be an hour and a half in to your session. Factor in mixing and mastering (which shouldn’t really be performed at the end of a day’s recording, but more on that in another article), and you’re probably left with just over three hours to get everything down.

The other main consideration is track length. You’d be hard-pushed to record and mix two six-minute tracks to a reasonable quality in one day, but two three-minute tracks is perfectly doable. The extra time needed to perform and mix those extra minutes soon mounts up over the day, so any prog masterpieces you should really dedicate a whole day to (at the very least). As for tracks of over six minutes (I’ve worked on a couple of nine-minuters in the past!), the time needed seems to go up exponentially due to their often more complex arrangements and therefore tracking and mixing times.