Pre-Production – Is It Worth It?

Posted on 19 November 2012 in Music Production. 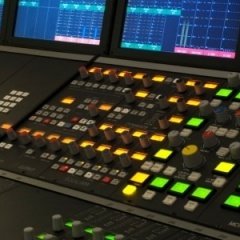 With many of the bands I have worked with, the phrase ‘pre-production’ is often used but seldom truly understood. The definition has changed over the years as recording techniques have evolved, yet the principles still remain; it is the preparation for the transition from rehearsal room to studio live room.

To me, pre-production is an invaluable part of the recording process which can make or break a track – essentially allowing an outsider (i.e. someone who’s not in the band and who hasn’t previously been involved in neither the writing nor rehearsing of the material) to advise on any polishing or fine-tuning that needs to be done, in order to make tracking as pain-free as possible. When a band is ‘caught up in the moment’, sometimes the most obvious of mistakes can get overlooked – anything from timing and phrasing issues to song structure and arrangement oversights. Without pre-production, problems can make their way in to the live room, creating both headaches and wasted studio time.

As I’ve mentioned in a previous article on preparing for your recording session, it pays dividends  to invest some time away from the rehearsal room in a quieter environment, to really make sure that everyone is one hundred percent confident with their parts and that everyone’s parts are working together to achieve the desired overall sound. If you’re serious about getting it right, I highly recommend hiring a pre-production studio for a few hours. These are generally larger-than-average rehearsal rooms with premium quality equipment installed, which makes for a more pleasurable listening experience. Some even have basic recording facilities (such as an audio CD writer) which are worth taking advantage of. You do pay a premium for this service but it may just well pay for itself in studio time saved from having to make last minute changes to a song arrangement.

Perhaps one of the biggest considerations however is whether to record to a metronome (also known as a click track). With today’s computer-based recording systems, this opens up a huge array of possibilities (sequencing, tempo-sync’d delays, audio quantisation to name but a few) but this requires the drummer to be comfortable with doing so. I have had bands in the studio eager to record to a metronome not once having rehearsed with one! This ‘give it a go’ attitude might work for some but generally I find only the most seasoned drummers can truly play to a click and still retain groove and feel. In short: If in doubt, steer clear of click tracks – It’s always better to retain a live groove than create a lifeless, sterile recording.

Aside from performance considerations, a great deal of discussion may also be focused on the overall sound of the finished recording. If a studio location hasn’t yet been chosen then this needs to be considered, as the combination of live rooms and equipment will have a dramatic impact on the recording’s finished sound. There may be talks over which guitar/guitar amplifier combinations should be used and even which drum kits/cymbals (if there is a choice), as these will also greatly vary the recorded sound.

The studio can be a nerve-racking and stressful place at the best of times, so to go in with uncertainties just doesn’t make sense. At very least, try and get a half-decent room recording during a rehearsal so that you can listen back when away from the noise. In doing so, only then will you be able to truly evaluate whether you’re ready to step into the studio and give your very best performance.