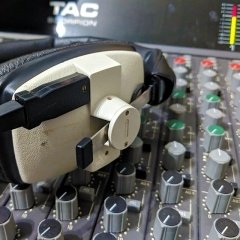 For the past five months Wayne and I have been working on a few of his tracks over at SoundARC, and I’m now happy to report that mixing will commence in the no-so-distant future. What started off as typical acoustic singer/songwriter sketches have now become full-blown productions, with plenty of layered guitar, keys, and background effects to boot.

Mixing will begin sometime early February with a release shortly after.