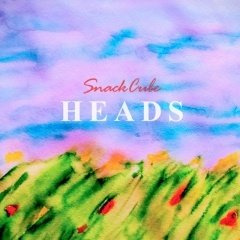 Today sees the release of SnackCube’s debut album ‘Heads’, mixed by yours truly at Freakyleaf HQ. Featuring 8 tracks of genre-spanning electronica, SnackCube’s unique story telling prowess makes for an intriguing and compelling musical adventure. So who is SnackCube? From the man himself:

I’m James, a man who is approaching middle age with all the elegance and grace of a burning Ferris wheel. I make music without respect for genre, with a focus on progression and evolution. My recent work has explored the language of instrumental dance music and how that can be used to communicate narrative and imagery in a vein similar to 20th century light programme music. I make bangers that tell stories, basically.

So there you have it. I totally recommend that you go have a listen, and if you like what you hear and would like to support further SnackCube releases, why not check out SnackCube’s Patreon page.