Five Days With A Bunch Of Ejits 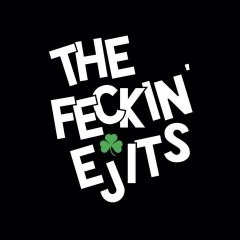 As a rule of thumb I tend not to call my clients ejits, but on this occasion I’m going to make an exception! After the success of ‘The Reunion Song‘, I was thrilled that 80’s British street punk band The Feckin Ejits wanted to record their (long time coming!) debut album ‘Off The Feckin Head’ at SoundARC Recording Studios with me behind the desk. Anyone who’s been in the studio will know that five days isn’t a great deal of time, but we worked fast, tracking twelve songs in two days, recording guitar and vocal overdubs on the third, and using the remaining two days to mix and master. It was a great experience to capture punk in its rawest form, and hopefully the recording will do the lads proud. Release is set for June 2015. For more information, see The Fecking Ejits’ Facebook page.