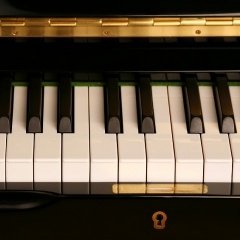 Something a little different here – I’ve been commissioned to co-write a song for a very good cause. Northampton-based Lyricist Thelma Brown asked me if I’d be interested in working with her to help realise ‘Our Song’ – a track that she’d penned about people with disabilities, in order to help raise awareness. I was more than happy to oblige, so have been busy coming up with ideas, and putting together a first draft for her approval. Thelma is very keen to have the song performed by choral groups, and has already had five choirs nationwide respond to an ad she put out, which is great news! Hopefully this project will do much good when finally released, in helping remove the discrimination that people with disabilities can suffer from.