Installing Windows For A DAW 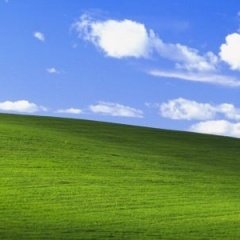 If you’re serious about your music making, you might want to invest some time thinking about your Windows installation, to really get the most out of your Digital Audio Workstation (DAW). The following methodology can be applied to the installation of any music software package for the Windows platform and not just Cubase.

To Cubase Or Not To Cubase?

Having performed many installations of Cubase and Nuendo over the years, I have learnt that generally the computers I install on fall into the following three categories:

While all three are capable of running Cubase, you would certainly have a much leaner system (faster boot time, much higher level of responsiveness and generally less ‘clutter’) installing with setup 2 or 3.  I always recommend installing Cubase on a ‘clean’ Windows setup, whether it is on a separate physical hard disk or not. Internal hard drives for desktop PCs are pretty cheap these days and are a worthy investment in my opinion. Laptop users however are often restricted to just the one internal hard drive due to space constraints and would therefore have no choice but to partition.

At home, my ‘general use’ installation of Windows 7 has over sixty(!) listed programs installed in the ‘Programs and Features’ section of ‘Control Panel’. OK, so admittedly that is quite excessive (in my defence I’m a web developer and online promoter so have multiple browsers installed etc.) but I wouldn’t dream of then installing Cubase on top of all that and expect it to work at its optimum. Instead, I have a separate installation of Windows XP with only Cubase and my plugins installed, which makes for a much more pleasurable an experience.

If installing hard drives and multiple copies of Windows seems a little daunting, there are hundreds of tutorials and walk-throughs available online that deal with those matters. Before attempting anything like this however, I always recommend backing up all your data to an external source, just in case the very worst happens.

Once you have Windows up and running there are still a few more tweaks that can be done to the operating system. To learn about them read my article on how to tweak Windows for a DAW.